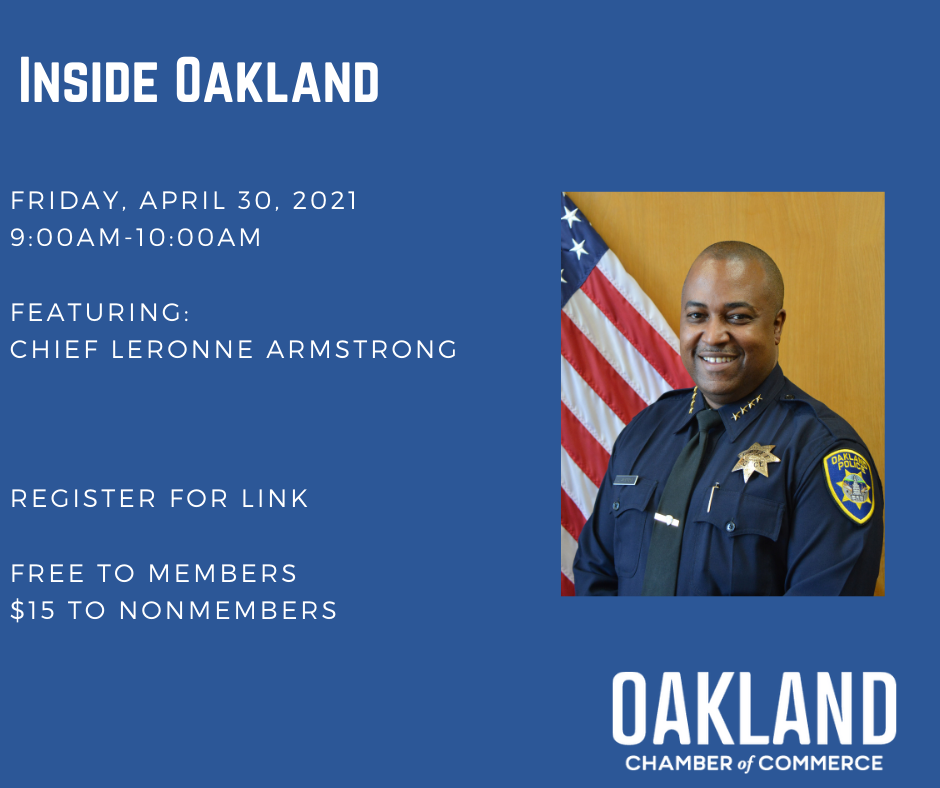 Join the Oakland Metro Chamber as we host our new Police Chief LeRonne Armstrong to discuss his priorities and vision for OPD.


Chief LeRonne L. Armstrong was born and raised in West Oakland and is a graduate of McClymond’s High School. Chief Armstrong attended California State University, Sacramento, where he graduated with a Bachelor of Science in Criminal Justice and holds a Master’s Degree in Organizational Leadership.
After graduating from college, Chief Armstrong returned home to Oakland where he started his career in public service by joining the Alameda County Juvenile Probation Department. In 1999, Chief Armstrong joined the Oakland Police Department (OPD) as a police officer. During his 22-year career, he has served in several assignments before being promoted to Chief of Police. On February 8, 2021, Mayor Libby Schaaf and Oakland Police Chair Regina Jackson swore-in LeRonne L. Armstrong as Chief of the Oakland Police Department.
Inside Oakland: Conversation with New...
Register

Free for Chamber Members
$15 for Non-Members